Please check out my next FREE Webinar:

The Five Greatest Challenges of Larger MSPs and Growing MSPs 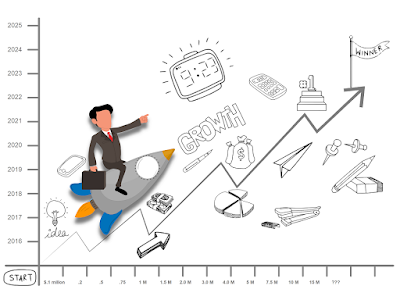 Most small business start out with one or two people and often stay at the one-two-three level for many years. But we’ve seen a great deal of growth among IT providers in the last few years.

As more and more MSPs grow their revenues to $1 million, $2 million, $5 million, and more, they also face some major challenges.

Join me for a look at the Five Greatest Challenges faced by growing MSPs. December 19th.

I’ve worked directly with dozens of IT companies, and indirectly with hundreds more. I’ve managed teams with millions in payroll. And I’ve seen the problems, challenges, and mistakes that keep them from achieving their best results. Plus, I’ve collected data on the challenges of thousands of MSPs worldwide.

I grew my first MSP business to just about one million ($960,000 revenue to be exact) with twelve employees before I sold it.

The largest team I’ve worked with was at HP’s Roseville, CA plant. I managed the internal software support team there. I had 25 technicians on my team. We supported 5,000 desktops with a total of about 7,000 machines.

And as a coach I’ve worked with companies ranging from very small to just over fifty employees. I’ve helped companies grow significantly. And I’ve refused to work with a lot of companies that don’t have what it takes to grow their businesses they way they say they want to.

The point is: I have experience working with IT consulting businesses of all sizes. And I can tell you, there are some challenges common to businesses that start to grow. You are familiar with your own challenges, but might be wondering whether everyone else goes through the same thing – And how to get through to the other side.

Join me for a look at the challenges of growing your IT company beyond the invisible (psychological) barriers at $1 million, $2 million, $5 million, $10 million, and beyond.

Most companies above $1 million/year in revenue are a lot less profitable than they should be. But that’s not one of the five big challenges! It’s just a result.

Join me to learn the five biggest challenges of growing your business – and the five changes that will get you un-stuck.

Sign up today and join me live on December 19th.

Note: Let me fast-forward to the last slide. I’m not trying to sell you coaching. I probably don’t want to be your coach. I only take 1-2 coaching clients per year. I can refer you to a coach. But it’s not me.

I just want to help you to become even more successful so you’ll tell everyone else to buy all my books, take all my classes, and join my community.

After registering, you will receive a confirmation email containing information about joining the webinar.