Tweet
Home » Uncategorized » For IT in 2018, Think Change and Change Again

For IT in 2018, Think Change and Change Again

Even with the ongoing new developments in core technologies, IT organizations are facing dramatic changes in how they work in 2018 as they embrace new business concepts and strategies.
We just might be at a point where IT professionals — from the overworked help desk staffer up to the CIO in the fancy office — long for the good old days. You remember those days, when technology, that “T” in IT, ruled the day.

That was when the to-do list was filled with tasks such as configuring hardware, testing compatibility of software packages, upgrading databases, responding to “stupid user” complaints, and fighting to keep hackers out of a system. Even the move to the cloud often was a bits and bytes and connections challenge. Today, a whole new layer of IT complexity has landed on top of all those pure tech issues.

That layer is a sometimes bewildering mashup of raw data, analytics, innovation, customer relations, and business strategy. How those elements — once largely in the purview of only a few specialists or the most senior IT executives — have been woven into the day-to-day lives of most IT pros was illustrated in a 12-part series of feature articles posted on InformationWeek.com over the past two months. Our writers looked at the state of a dozen technology and management concepts and explored the new world of IT for practitioners and the business as a whole. 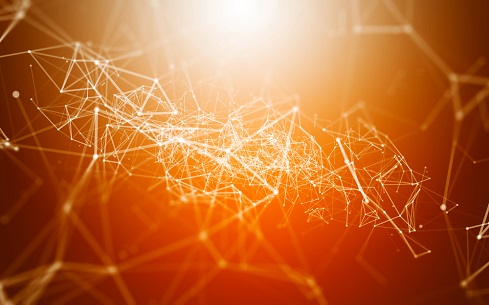 Image: Shutterstock
Take the example of the IoT, which John Edwards examined in The Internet of Things: Still Lots for You to Learn.

One could look at IoT and conclude that it’s really just a network, feeding lots of data into a database. Granted, it includes Internet-enabled sensors, but IT knows how to connect things to the Internet, and it certainly knows databases. Oh, but IoT is so much more, with so much more to know.

The IoT network is useless unless IT understands the business and the challenges that business leaders and operations people face. Consider what the optimum operating temperatures are for refrigerators in 1,000 restaurant outlets, and at what temperature the food starts to go bad. When an IoT-connected fridge has issues, and the temperature hits a level where an alert is issued, who gets notified? What does that service rep need to know about past temperature trends? What type of repair or preventative maintenance has to kick in at what point? What do the other sensors in a fridge tell food quality managers about when food stocks need to be rotated out or replenished? All of that data plays into corporate decisions on everything from which refrigerator supplier to use to how inventory control factors into corporate margins.

The fact that the IoT is about analytics as much as it is about networking raises another question. What is the role of IT in an analytics initiative? Writer Lisa Morgan explored that as part of her feature Beware Analytics’ Mid-Life Crisis.

Citing the ever-popular business shift to software-as-a-service (SaaS) applications procured by business units rather than IT, Lisa wrote: “Organizations serious about competing on insights need to think holistically about how they’re approaching analytics and the role of IT. Disenfranchising IT from analytics may prove to be short-sighted. For example, a proof of concept may not scale well or the data required to answer a question might not be available.”

In other words, the next phase of “Shadow IT” shapes up as “Shadow Analytics,” which can only mean a huge problem with data siloes, some sitting in marketing, others in operations, and still more back in the IT group.