Justice is Served – House Robbery on Christmas Eve is Solved!

A month after our home was robbed on Christmas Eve while we were down in Myrtle Beach, the story has completely unfolded and 5 people have been arrested.

Long story short, my daughters best friends thought our house would be a good place to hang out and party and invited 3 others to join. Things got out of hand and the 3 boys they invited returned and robbed cash, jewelry, prescription drugs, cameras, a safe and caused some damage around the house.

Danica (in middle) with Courtney and Clarissa in front of our house in happier times: 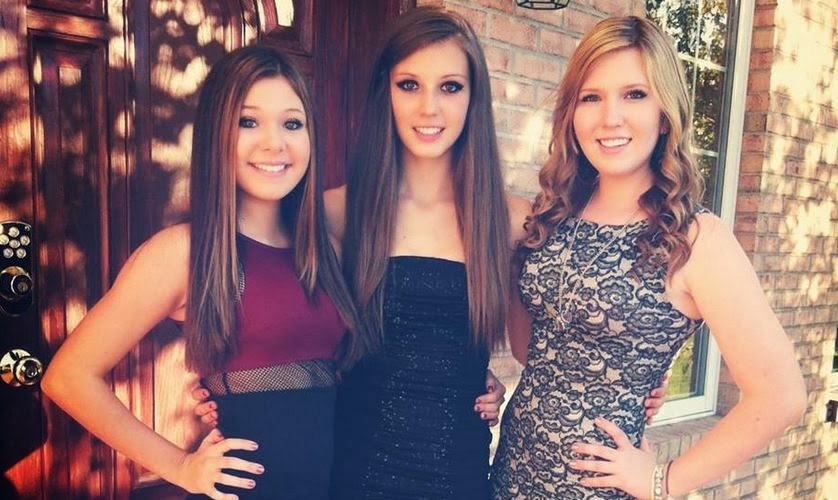 A BIG shout out to Officer Tai Slagen of the North Greenbush Police who has worked 24/7 to figure out the mystery and bring this to closure!

Here are the details…

Five people are under arrest and three are facing criminal charges in connection with a burglary on Sliter’s Lane in the Town of North Greenbush.

Police say some time overnight on December 24th, 2013 the suspects broke into the home, damaged some property and stole other valuable property.
Police arrested 17-year-old Skyler Dayton, 18-year-old Jacob Ruth, 19-year-old Keenu Watso, 17-year-old Clarissa Wolf and 16-year-old Courtney Ciccarelli on Friday in connection with the burglary.
According to officials, two of the suspects were friends of the homeowner’s daughter and knew the homeowners would be out of town on vacation at the time of the burglary.
Police believe all five suspects broke into the home, stayed for about an hour, then left. Dayton, Ruth and Watso are accused of returning to the home later to steal jewelry, cash, a safe and prescription medication. One piece of jewelry reported missing was a family heirloom ring.
“During the course of the month-long investigation, several interviews of the suspects were conducted which resulted in the recovery of the safe, ring and written admissions from all of the suspects,” said North Greenbush Police Chief Robert Durivage.
Police are charging Dayton, Ruth and Watso with burglary, criminal mischief, grand larceny and criminal trespass. Wolf and Ciccarelli are charged with misdemeanor criminal trespass. Wolf and Ciccarelli were released on appearance tickets. Ruth and Dayton were arraigned and released with probation. Watso is being held in Rensselaer County Jail.

CBS News was next:
http://www.cbs6albany.com/news/features/top-story/stories/five-arrested-december-robbery-east-greenbush-13649.shtml

Updated: Saturday, January 25 2014, 11:14 AM EST NORTH GREENBUSH – An investigation into a burglary at a house in North Greenbush has led to the arrests of five.

North Greenbush Police say they arrested 19 year old Keenu Wastso as well as four minors, whose names are being withheld due to age, in connection to the December 24th burglary of a house on Sliter’s Lane.

According to police two of the subjects were friends of the daughter of the homeowners who were out of town on the night of the incident.  Police say the five people stayed in the house for over an hour.

Watso and two others allegedly returned to the home shortly after and took jewelry, cash, prescription medication and a safe along with other property including a family heirloom.

Watso and the two minors who returned to the house were charged with felonies Second Degree Burglary, third Degree Criminal Mischief, and Grand Larceny as well as misdemeanor second degree Criminal Trespass.

The two other minors involved were only charged with misdemeanor second degree Criminal Trespass. Watso was remanded to Rensselaer County Jail while the four minors were released to be due back in court at later dates.

5 teens arrested after break in

NORTH GREENBUSH — Town police arrested five teens on Friday in connection with a Christmas Eve burglary at a Sliter’s Lane home in the Town of North Greenbush.
According to police, the following three individuals, all East Greenbush residents, face felony burglary, criminal mischief and grand larceny charges: Skyler S. Dayton, 17; Jacob W. Ruth, 18, and Keenu T. Watso, 19.
Two female suspects were also arrested on misdemeanor trespass charges in the case.
Police said at 6:48 p.m. on Dec. 24 they investigated a report of a burglary at the residence, where it appeared the suspects had entered the home overnight stealing and damaging property. According to police, two of the suspects were friends of the homeowners’ daughter and knew the family was out of town. The group of five initially entered the home around midnight, entered the residence without permission, stayed for an hour and then left the premises, police said. Shortly after, authorities allege Dayton, Ruth and Watso returned and stole property including jewelry, cash, prescription medication and a safe.
The two suspects facing misdemeanor charges were released to their parents on appearance tickets. Dayton and Ruth were arraigned in North Greenbush Town Court and released on their own recognizance and ordered to report daily to Rensselaer County Probation. Watso was sent to Rensselaer County Jail in lieu of $8,000 bail. All but Ruth are due back in court on Feb. 4; Ruth was ordered to return to court on Feb. 18. 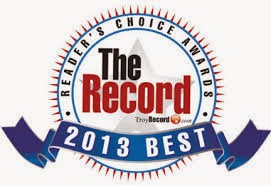 NORTH GREENBUSH >> Following a month-long investigation, five area teens have been arrested in connection with a burglary that took place on Christmas Eve in the town.
Two of the suspects were friends with the homeowners’ daughter and knew they were out of town. Police say the group entered the Sliter’s Lane home around midnight, stayed for over an hour, and then left.
Police say three of the suspects, Skyler S. Dayton, Jacob W. Ruth, and Keenu T. Watso, later returned to the home and reportedly stole jewelry, cash, medication, a safe, and other property. One of the pieces of jewelry was a ring that was a family heirloom, according to a press release.
Dayton, 17, Ruth, 18, and Watso, 19, all of East Greenbush, are charged with felony counts of Burglary 2nd, Criminal Mischief 3rd, Grand Larceny 3rd. In addition, they also face Criminal Trespass 2nd, a Class A Misdemeanor.
The other two suspects – Clarissa M. Wolf, 17 of East Greenbush, and Courtney E. Ciccarelli, 16 of Schodack – are facing charges of Criminal Trespass 2nd.
“During the course of the month-long investigation, several interviews of the suspects were conducted which resulted in the recovery of the safe, ring and written admissions from all of the suspects,” Chief Robert Durivage said. “We initially received a tip which was then followed up by good investigative police work conducted by Sgt. David Keevern and Officer Tia Slagen. In some instances it’s difficult to locate stolen property, but we’re very happy to have recovered the most important pieces of property for the victims.”
All five suspects were arrested on Jan. 24. Wolf and Ciccarelli were released to their parents on appearance tickets. Ruth and Dayton were arraigned by Judge Malone at North Greenbush Town Court and released on their own recognizance with daily reporting to Rensselaer County Probation. Watso was remanded to Rensselaer County Jail in lieu of $8,000 bail. All but Ruth were ordered to return to court on Feb. 4; Ruth was ordered to return on Feb. 18.

Police say two of the five suspects were friends with someone who lived in the home on Sliter’s Lane and knew they were out of town.
After initially breaking in and leaving, police say three of the teens then returned to the house and stole jewelry, cash, a safe and prescription drugs.
Police arrested Skyler Dayton, 17, Jacob Ruth, 18, and Keenu Watso, 19, of East Greenbush.
They were each charged with burglary, criminal mischief, grand larceny, and criminal trespass.
The other two teens involved face misdemeanor trespassing charges.
– See more at: http://twcnews.com/content/news/714091/home-burglary-arrests/#sthash.0fYl5bRr.dpuf