I woke up this morning to find that my friend Eriq Neale (“Q”) has passed away. He had been suffering with cancer for some time. 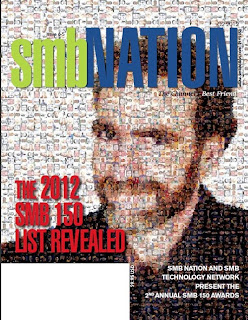 There are some people who just seem to “be there” and then it’s hard to imagine that they’re not there any more. Eriq has just been there as a part of the SMB and SBS community for as long as I can remember.

Eriq was a great technician and engineer, a great author, a true community leader, and a very nice guy. He was a regular contributor to SMB events of all kinds. And he is an excellent example of the kind of person who deserves to be an MVP – for Microsoft or anyone else.

I remember very clearly the last time I sat down with him and had a chat. I’m sure it never occurred to either of us that we would never see each other again.

Eriq was featured on the front cover of SMB Nation’s magazine recently as a bit of acknowledgement that he was first among the SMB 150. And at the recent IT Pro conference in New Orleans, Eriq’s face appeared on the screen when Jeff talked about people who contributed greatly and could not be in New Orleans. Eriq’s gentle voice and quick laugh have always been a part of the SBS community. He will truly be missed.

Anyway, you will see many tributes to Eriq on Facebook, etc. today. He had a great impact on our community and we were lucky to know him, if only briefly.

Goodbye my friend. We will miss you. We were blessed to know you.

If you would like to help Anna Hillyard Neale you can send your donations to “eriqcare@gmail.com” a PayPal account setup by a few of his friends.