Last night I was talking with my brother Manny (Manuel Palachuk), one of the most insightful technical people I know. He reminded me of something I said five years ago, which he disagreed with at the time (now he agrees completely):

“Today we are a Microsoft-centric company. We are Microsoft certified from top to bottom. We require it from employees and we promote it to clients. And that’s for one simple reason: Microsoft is winning today. They own the server world. They own the desktop. They own the applications.

But that may not always be the case. When we can’t make money on Microsoft . . . when someone else wins one of these markets . . . when Microsoft makes it difficult for us to make money . . . then we will become a different kind of shop.”

We then proceded to discuss how much the world has changed.

I always thought the lawsuit about Microsoft being an operating system monopoly was absurd. When that lawsuit was going on, I was using Unix, Novell, MPE/ix, and McIntosh commercially (in addition to DOS and Windows). Two of those are still widely used today, and plenty of others are available.

Today, my company owns, manages, or hosts over 200 web sites. Exactly one — which we inherited — is on a Windows server. The others are on Lynux . . . and most on virtual machines. And the virtual machines are are . . . I don’t care.

How many processors are under that virtual machine? I don’t care.

How much RAM is on that virtual machine? I don’t care.

How many hard drives are on that virtual machine? I don’t care.

What’s the power supply on that virtual machine? I don’t care.

How much total bandwidth is available to that virtual machine? I don’t care.

Get the picture? Well, it’s the same with other things as well. Right now today, I love and want Microsoft Exchange for myself and all my clients. That’s what we sell. We push it. In fact, we don’t give other options. It is the only way to go.

Microsoft is giving away the application market. Right now, Open Office is a horrible substitute for Microsoft Office products. Google Apps are worse. But WordPerfect’s office suite is about 95% as good . . . and I don’t know if I have any clients who use the other 5%. And there are a dozen other companies creating competing products.

So when I can’t make money on Microsoft Office anymore (e.g., with Office 365), I will be happy to sell something else. I’m in business to make money. And cloud computing, with everything up in the sky, makes it much easier to compete.

Now consider the desktop. Microsoft has owned this market for about 20 years. Maybe more. I mean hands-down, no real competition. No one who is not a Lynux programmer has a Lynux desktop. And most Lynux programmers only have Lynux in a window . . . in Windows.

But those days may be over. And to be honest, Microsoft seems to be giving away this market intentionally. What does Apple own, ten per cent of the desktop market? Yet Microsoft appears to be copying everything they can. Droid and Google? Nothing yet, but Microsoft is going head-to-head with Droid O.S. That’s fine for phones, but it is very clunky on the desktop.

Once Microsoft puts themselves in the position of following instead of leading, they unintentionally open the door for their competition to take market share. Instead of taking the lead, they are taking a position that they will be more like THIS operating system or THAT operating system.

If your phones have always been second rate, then by all means, copy the more successful competition.

But please lead when you’re ahead.

A Peak Into The Future Desktop 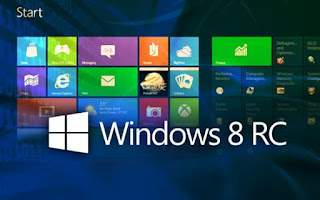 Anyway, so my brother and I were talking about about what’s next. Where are we going?

Right now, many people are trying to create a truly usable cloud-based desktop. Whether virtual machines, terminal services, hosted desktops. Whatever. Today they are all below the level of performance we expect from a desktop computer in the real, physical world. But someday, someone will crack that nut.

And when they do, the world will shift on its axis.

Manuel spelled out the future of the desktop in a very simple sentence:

“Imagine that you load up your cloud desktop and the first question is ‘What kind interface do you want?'” You can pick from a Windows interface, a McIntosh interface, a Red Hat interface, a Droid interface. Custom interfaces will proliferate.

How many processors are under that virtual machine? I don’t care.

How much RAM is on that virtual machine? I don’t care.

How many hard drives are on that virtual machine? I don’t care.

What’s the power supply on that virtual machine? I don’t care.

I get the interface I want. And the hard drive structure is simply translated for my preferences. The UI is simply another choice. I want a beach screen picture on my desktop. I want blue menus. And today I’m in the mood for . . . a Windows interface.

The forums and blogs regarding the Windows 8 Consumer Preview have been very interesting. A lot of people really hate the Metro Interface. Some of that is just normal. It’s new. It’s different. We all had to get used to Windows 95 when it was released.

But part of the hatred is also because the Metro Interface is very clunky for technical people. I don’t just want to work. I want to know and love my computer. I want to dig in and play with it. I want to own the knowledge of how it works. And I want it to be as customizable as *I* want.

As Tyler Pelletier posted on Facebook, there’s a bit of a feud going on between people who want to “hack” a start menu for the new O.S. and the Microsoft development team that threatens to kill such attempts. At some point, the product will be released. At that point, the hackers will win because they have an essentially unlimited amount of time to figure it out and the code won’t be changing under their feet.

I mentioned to Tyler that 30 years ago there were companies making a living creating user interfaces for various operating systems. Primarily these were attempts to build a graphical interface on top of Commodore 64/128, DOS, etc. Those companies still exist. But now they may actually have their hey day.

Personally, I think my brother is correct. If Microsoft opens the door to accepting that alternative UIs are really their competition, then the Windows UI becomes just another choice. And the really bad thing for Microsoft is that the competition can only win, and Microsoft can only lose, in such a scenario. When you own the desktop market, raising your competition to equal status can only hurt you.

Microsoft should offer lots of flexibility and choices *within* the Windows environment.

Don’t compete with Apple. Continue to show them how to dominate the market.

Don’t compete with Droid. For goodness sake. Ignore them and dominate the market you already dominate.

I’ve been using Windows 8 for quite awhile now. It’s mostly the same. There are a handful of things that really need to change. It needs to be a lot more customizable. But it is certainly a usable desktop. I haven’t found anything it does better than Windows 7. I hate Explorer 10.

Let me be clear: I am NOT passionate about anything I dislike in Windows 8. But I see a lot of people who ARE passionate about it. And that kind of activated, motivated, and technically capable people could be trouble for Microsoft if the O.S. is not flexible enough.

I don’t know enough about the inner workings of Microsoft to know whether this strategy comes from Steve Balmer on down, or whether there’s just a huge group of people frightened about the competition. But I think Microsoft needs a top-down philosophy that they will dominate and lead in the markets they own.

When you’re #2 or #3 in a market, then do whatever it takes. Why does every mid-sized car look like a Camry and Accord? Because they’ve dominated the market for twenty years, so they’re slavishly copied.

But when you’re #1, keep moving ahead. Don’t look behind at #2 and #3. Put distance between yourself and your competition!